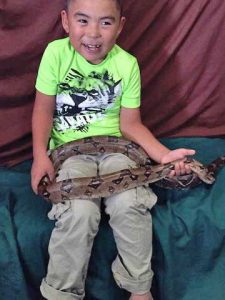 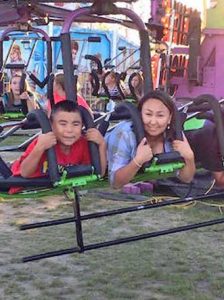 In 1992, Queen Elizabeth II gave a speech in which she referred to the previous year as her “Annus Horribillis”, her horrible year. As Halloween decorations take over store displays that had once promoted grills, and yellow leaves cover our carefully tended green lawns, Americans have a right to look back on this past summer and think of it as our very own “atrox aestas”, horrible summer. 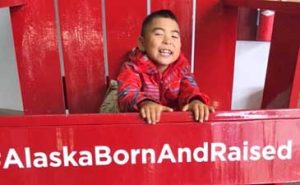 For those of you not familiar with Latin, let me apologize for using it so indiscriminately; but I had 16 years of Catholic schooling and many of those years involved learning Latin. It’s my only second language. It’s also my go to when I need to come up with just the right phrase or word. Atrox aestas not only perfectly describes our summer, it actually sounds worse in Latin than the English version of the phrase. 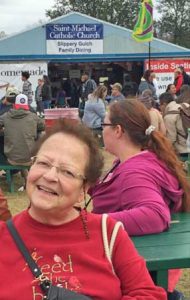 We’ve endured a summer of violence, killings, fires and, god help us, two national conventions that totally destroyed any “towel on a hot beach” ambience attempted by the average American. We’ve watched a gold medal swimmer make a mockery of his gold medals with his boorish, drunken behavior. And worst of all, we’ve endured three endless months of political campaigning. Yep, if 1992 was the Queen’s Annus Horribillis, then 2016 certainly has some standing in the race for our atrox aestas.

But then, just when it seems as if all is lost, along comes the State Fair in Palmer and corn on a stick that will wipe out any memories of the bad times with the first bite. If for any reason you still have lingering feelings of despair after finishing your corn on a stick, then get some corn fritters and smoked turkey leg. Or indulge in some barbecue topped off with a root beer float.

Doesn’t matter in the end what part of the Fair does it for you or what particular food brings that goofy grin to your face. Because the bottom line is, you simply can’t stay grumpy if you’ve spent a day at the Fair.

I went this year with one of my favorite families. It was a girls’ day out except for the grandson. So there I was in the honorary position of great auntie along with grandmom, mom and the young man we will now refer to as The Prince. He had three adoring women following him all over the Fair and tripping over themselves to meet his every whim. OK, maybe it was just honorary great auntie and grandmom who were spoiling him. But mom’s attempts to rein in our excesses were truly futile.

So I watched the young prince get on every scary ride for which he could meet height measurements. I watched as his face burst into looks of joy as the little roller coaster raced madly down the small incline. I watched him in bumper cars with his mom. It was hard to tell who was laughing more and who was bumping more. They both seemed to be having a blast.

As I watched, my mind inevitably wandered back to those days when we used to take his mom to the Fair. Her son is very like her. She wanted to go on every ride too. And she didn’t want to miss a thing at the Fair. Given the picture we have of the young prince holding a snake with a very nervous grin on his face, he is exactly like his mom in not wanting to miss a thing.

As always at the State Fair, we ran into lots of friends from the North Slope. They may be Inupiaq and they may think maktak is the best food in the world, but they also recognize pork chop on a stick as the treat it is. As always, I wandered from booth to booth discovering things I absolutely needed to buy even though ten seconds prior to the discovery I had no idea those things existed.

And then I reached the Fair highlight for me, aside from food. I got to the equestrian area and rubbed a horse’s neck. I could feel the entire summer washing away as I realized that no matter what else is happening in the world, there is always a horse whose neck needs scratching. There is always the State Fair.