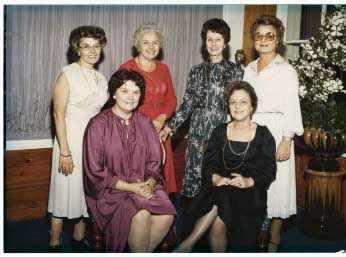 I am an unabashed child of the sixties. I marched. I chanted. I tried to levitate the Pentagon and shake all the bad out of it while on a particularly fun acid excursion. Women had dreams for their future that had nothing to do with the way things were done. How big were those dreams, you ask? Well, we actually fought for women to not only have ownership and control of their body but to be able to get a credit card without their father or husband’s approval. Women wanted their place in the world and would no longer have it denied to them because they were “unclean” once a month or too busy having children because birth control was mostly achieved by not having sex. A single woman was viewed with pity. Even a bad marriage was better than no marriage at all.

Then I moved to Utqiagvik in 1972 and found a culture in which woman had a voice and the power that came with it. The men might be the ones to go out on the ice to harvest a whale but, I quickly found out, once that whale was up on the ice and being cut up for distribution, it was the whaling captain’s wife who was in charge and made the decisions. Maybe she couldn’t get a credit card but she could control food distribution in a culture where that distribution could mean whether or not you would have food for your family in winter.

After 50 years in Alaska, some things have definitely changed for the better. Inupiat women are now whaling captains and harpooners. The North Slope Borough has had a woman mayor and their current Admin and Finance Director is a woman. Utqiagvik has a female mayor. Women are moving into traditional male roles and– wow. Look at them go.

Once women fight their way out of the house and away from the kids, there is no stopping them. Which is why I am sorely disappointed that we have not yet had a female governor. Arliss – where are you when we need you?

Alaska has a history that is sprinkled with strong woman from Elizabeth Peratrovich to Susan Butcher to the aforementioned Arliss Sturgulewski. But for Alaska to continue to move forward, it needs to find the women who can follow in their footsteps. No offence to the guys in office now but their handling of the budget and the PFD is this side of a bad joke. We have no money but we won’t tax anyone. We’ll just keep spending and figure screw the future. We got ours. We don’t care if they get theirs.

But if women were in charge, they would care. It’s apparently so much more in our nature than in the male nature. Women are the ones who have traditionally raised the children and made them as safe and successful as possible. Women fed them and clothed them and nursed them through their illnesses. Women know that caring and preparing for the future has always been their lot in life whether they were doing it in the home, in the school or in the hospital – the three places women were allowed – homemaker, teacher, nurse. That completes the list of professionals available to women when I was growing up.

I am too old to ever see this happen but my dream is that someday we will have an all-female legislature and governor and lieutenant governor. But wait, the dream is not complete. In the dream, no one would think this was odd or strange at all. You know, like no one thinks it’s odd or strange when we have all male groupings.

I dream that those women will care for the future and will make sure that foster kids have every chance they need when they leave foster care. I dream those women will provide a subsidy for day care for women who work. They can probably take it out of the subsidy we give to those poor oil companies. I dream that with women in charge, compassion will enter our politics in a way it never does now.

Remember that picture of Biden delivering his State of the Union address with Kamala Harris and Nancy Pelosi covering his back? I cried when I saw it. If you’d been around with me in the sixties, you’d understand.

One thought on “Women keep achieving”